About Us Board Members
Join Our Team Contact Us

Administrative offices are located in the J. Lincoln Knapp Center, 407 Pershing Road. This modern structure was dedicated in 1994, and named for the late Judge J. Lincoln Knapp, one of Zanesville Metropolitan Housing Authority's original commissioners.

Steven G. Randles has been employed by ZMHA since 2005, and has served as Executive Director since October 2009. He has a diverse background in law, finance and management. Mr. Randles served as President of the Ohio Housing Authorities Conference from 2015 to 2017, and continues to be involved in many community activities.

Gerald Tiberio, Jr. has been a ZMHA board member appointed by the judges of the Muskingum County Common Pleas Court since May 2006. He has served as Board Chair since March 2013. Mr. Tiberio is an attorney with a private practice concentrating in real estate, estate planning and business law.

James E. Workman Jr. has served as commissioner for ZMHA since April 2011 as an appointee of the Muskingum County Probate Court. He has been Vice Chair of the board since March 2013. Mr. Workman is semi-retired from the practice of law and serves as an adjunct faculty member at Zane State College, and Ohio University Zanesville.

Joyce Hill has been a member of ZMHA’s Board of Commissioners since her appointment by the Muskingum County Commissioners in October 2014. She brings a wealth of knowledge and experience to the role, particularly regarding fair housing issues, from her career in public service. Now retired, Ms. Hill enjoys baking, traveling and grandparenthood.

C. James Wright was first appointed to the ZMHA board by the Mayor of the City of Zanesville in January 1989, and has continuously served in that capacity since then. Mr. Wright was the owner/operator of a family business until his retirement. He continues to be actively involved with the Muskingum Valley Old Timers Association.

Gary L Long has served as a resident member of the ZMHA board since his appointment by the Mayor of the City of Zanesville in March 2014. He is a veteran of the United States Air Force and retired from Ohio Ferro Alloy after 20 years of service. He then worked for many years as a public safety officer at Genesis Health Care System. He is now very involved in local community gardening efforts, especially the Brighton Grows Community Garden, as a Master Gardener. 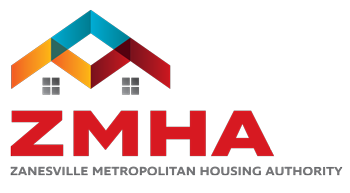 Are you a public housing resident?
Appointment Request

Are you a Housing Choice Voucher Receipient?
Appointment Request